Each Monday on our Facebook page, Library director, Jessica Zellers, will talk about a book that’s available for you to check out.  We will feature some of the talks here. 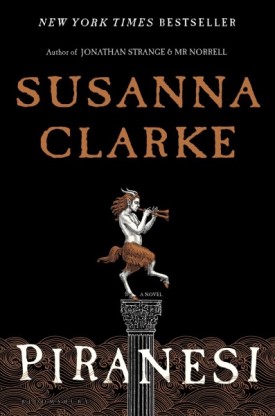 Back in 2004, Susanna Clarke made a huge splash with her debut novel Jonathan Strange & Mr. Norrell. Seventeen years later, she delivers a stellar sophomore novel with Piranesi, which unfortunately I can’t describe in detail, because even the tiniest spoiler would send this Jenga tower crashing down. This is a magnificently plotted book and I don’t want to give anything away. All I can safely say is that our point-of-view character is named Piranesi, and he lives in an endless labyrinth by the sea.

It’s such an atmospheric story. It’s not creepy, exactly, but you can tell at once that something is very off, even if poor innocent Piranesi is unaware of it. He has only one living friend, an elusive figure called The Other, though he lovingly tends the bones of the 13 bodies scattered around the labyrinth.

The book’s unreliable but well-intentioned narrator doles out clues to help you understand what’s going on, but I confess I was halfway done reading the book before I began to understand where Clarke was taking the story. Ultimately it coalesces as a work of science fiction, though it’s also safe to call it literary fiction. Recommended for fans of Claire North’s trippy science fiction/literary fiction novel The First Fifteen Lives of Harry August. 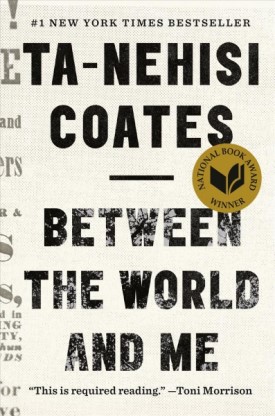 Between the World
and Me

As part of my antiracism reading goals, I listened to the audiobook of Between the World and Me, written and read by Ta-Nehisi Coates. Coates is a Black American journalist who writes about race and white supremacy. The book doesn’t really have a plot, which makes it difficult to summarize. The writing here is meditative. It’s not one of those books where you speed through to see what happens next. You read a bit, chew on it for a while, dip in for another few minutes, duck back out again. In some ways it has the same rhythms and reflections that I associate with spiritual writing, though Coates is an atheist.

This book is not prescriptive. Coates doesn’t tell you what to do. Instead, he invites you to think. Recommended for anyone interested in social justice and race. It would be especially good as a book group selection. 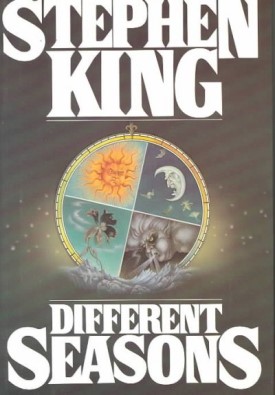 “Sometimes I like going out, sometimes I like staying in lol. My kids come first!!! My favorite movie is the Shawshank Redemption. Any questions just ask, I’m an open book lol.”

It’s about an innocent man who plays a very long game to get out of prison. If you’ve only seen the movie, set aside a couple of hours and read the original. It’s a perfect story.

Next up is my least favorite in the collection, “Apt Pupil.” It’s quite good, but I have had my fill of angry young men and Nazis. There’s enough of both in real life. (Apparently it’s also a movie? I dunno, I never saw it, and no one ever mentions it on OK Cupid).

Then there’s “The Body,” the basis of the movie “Stand by Me,” about four tween boys who hear a rumor about a dead body in the woods. As with all my favorite Stephen King stories, the plot is important, but not as important as the characters.

Different Seasons was published in 1982, back when the world thought of King as a horror writer, rather than a storyteller who occasionally writes horror. “The Breathing Method” is the only straight-up horror story here (though you’d be right to call “Apt Pupil” psychological horror). It’s a break from King’s typical folksy style, where you feel like you’re chatting with a buddy. Instead he takes a more formal tone, like you might expect from M. R. James or Daphne du Maurier. The story is about a paranormal event surrounding the delivery of a child, though there are hints of cosmic horror that give everything an extra layer of depth. 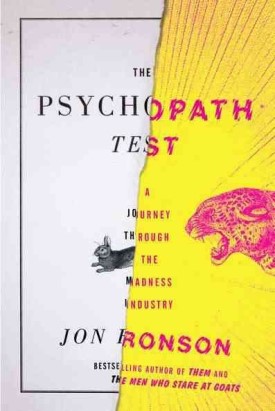 Jon Ronson is one of my favorite writers. He takes bizarre topics and finds the humor in them–similar to Mary Roach’s writing in humor and quirkiness, though his topics are a few shades grimmer.

This time the topic is mental illness, especially psychopathy. The amygdala of a psychopath functions differently. Psychopaths typically lack empathy and impulse control. They can do an extraordinary amount of damage because they’re just not that bothered by consequence, and usually they can lie their way out, anyway. They often come across as charismatic. They can wreak havoc on a small scale (by murdering you) or on a large scale (by murdering economies, countries, and social systems).

In a book full of disturbing people and mental illnesses, one of the most disturbing parts was learning how the Diagnostic and Statistical Manual (DSM) was put together. It’s all a bit slapdash. This does not fill me with confidence on the practice of mental health care.

I recommend Jon to lots of people, including readers who don’t normally go in for nonfiction. 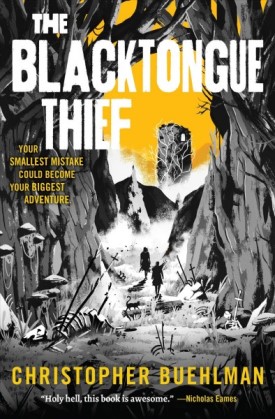 It’s lonely, being a fan of Christopher Buehlman. Despite strong critical praise, his books remain one of the best-kept secrets in genre fiction, largely because horror novels have a niche audience. With his debut fantasy novel, The Blacktongue Thief, I’m hopeful more people will start to discover his writing.

The hero of this adventure story is Kinch Na Shannack, a professional thief who is voluntold to accompany a warrior woman on a journey. A great many fantasy novelists will throw in one lady character, give her a sword, and spend the rest of the story focused on men doing man things. Buehlman gives swords to just about all women in his world—a necessity, since 90% of the men died during the goblin wars.

The book is often funny and often dark, usually at the same time. It’s an adventure story, and while many of the trappings are familiar from your D&D game (witches, assassins, goblins, enchanted rings), the plot is fresh, the characters are multifaceted, the world-building is superb, and the wordsmithing is far better than most of what’s out there, in any genre.